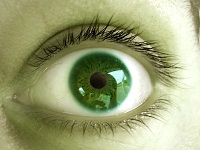 Jealousy, a necessary human emotion, or one that is taken to the extreme, causing more harm than good.  This human emotion is not just a man or a woman issue in romantic relationships.  It can present itself in sibling rivalry in families or in friendships.  Usually there is a real, or perceived threat, by a third-party to this valued relationship.  One of the other parties’ emotions behind the jealousy become precedent Psychology Today helps us understand Jealousy as being “… a complex emotion that encompasses many kinds of feelings ranging from fear of abandonment to rage and humiliation.” (“Jealousy”, 2016)

I watched two people interacting about electronic devices, a man and woman; not involved and total strangers.  The man was not hitting on the woman.  When the significant other (I will call him Jeff) of the woman sat down, mid conversation, he looked this other man up one side and down the other with not so nice of a look and a very overbearing posture in the direction of the stranger.  This was total abnormal behavior for Jeff, that I have ever witnessed, around them and men.  Neither parties did anything inappropriate.  I have had partners where this behaviour was noted and it kept other people at a distance, and eventually ran most friends off.  I had done nothing wrong, and neither had the other party-the jealous behaviours was unnecessary regardless of the reason…. or was it?

Men, women, and children have been killed in a fit of jealous rage due to perceived [or real] transgressions outside of relationships.  We see it in the news all the time and wonder “how could that happen? What was he/she thinking?”  The emotions behind the behaviour has our reptilian brain taking over; rational brain is no longer driving the bus and survival mode has taken the wheel. (Degges-White, 2016)  We have engaged flight or fight, and sometimes fight takes over and very irrational behaviours happen as a result. (Degges-White, 2016)

The irrational behaviours can vary from giving that special one the cold shoulder, being verbally abusive to them, or abusing them physically.  It depends on our feelings about the situation. While the behavior says I do not want you, I think ill of you …” your heart is still focused on the relationship” (Degges-White, 2016)  Things have just been made more complicated because you are teaching yourself to be cruel to the one you care about, when you would be loving or kind. (Degges-White, 2016)  What I witnessed with Jeff; he looked like a major jerk.

When innocent, loving, kind, and giving behaviours by one party is received with jealous behaviours it very complicated to continue those behaviours.  It is all about control on the jealous persons part because of their insecurities, fears, or their own suspicious behaviours they are projecting onto the person they are jealous of.  When dealing with this type of behaviour, assuring the other person they have nothing too fear/worry about with words or actions is mute.  The root of the behaviours are about situations the jealous person has been through causing insecurities and fears in their own life.  There is usually low-self-worth and not much self-esteem or self-love.  They are loving the best way they can; which is not healthy usually.  Hopefully those that become aware of their behaviour get help and learn to love themselves.  In all relationships there can be a loving give and take without that green-eyed monster destroying it.

This site uses Akismet to reduce spam. Learn how your comment data is processed.